All I want for christmas is a six pack!

I confess: I have uttered the words, ‘I want a six pack!’. 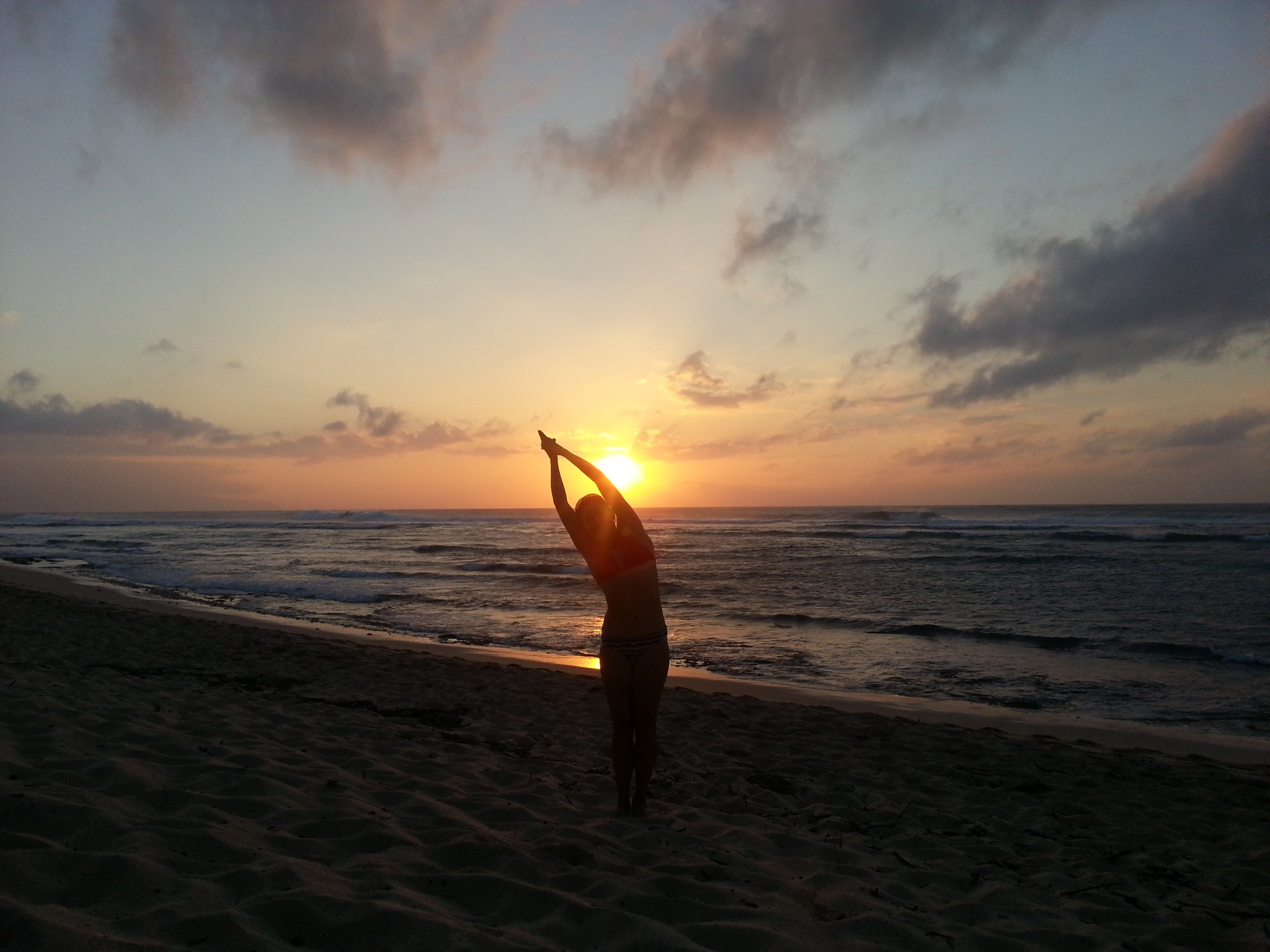 We had just moved to Australia, to a coastal area with a strong surf culture and surf club – lots of water-sports, ocean swimming and beach activities. Finding yourself in a bikini or swimming costume for most of the weekend was normal and your abs were on display! I was working as a Personal Trainer and on the weekends volunteering at the surf club as a life saver. 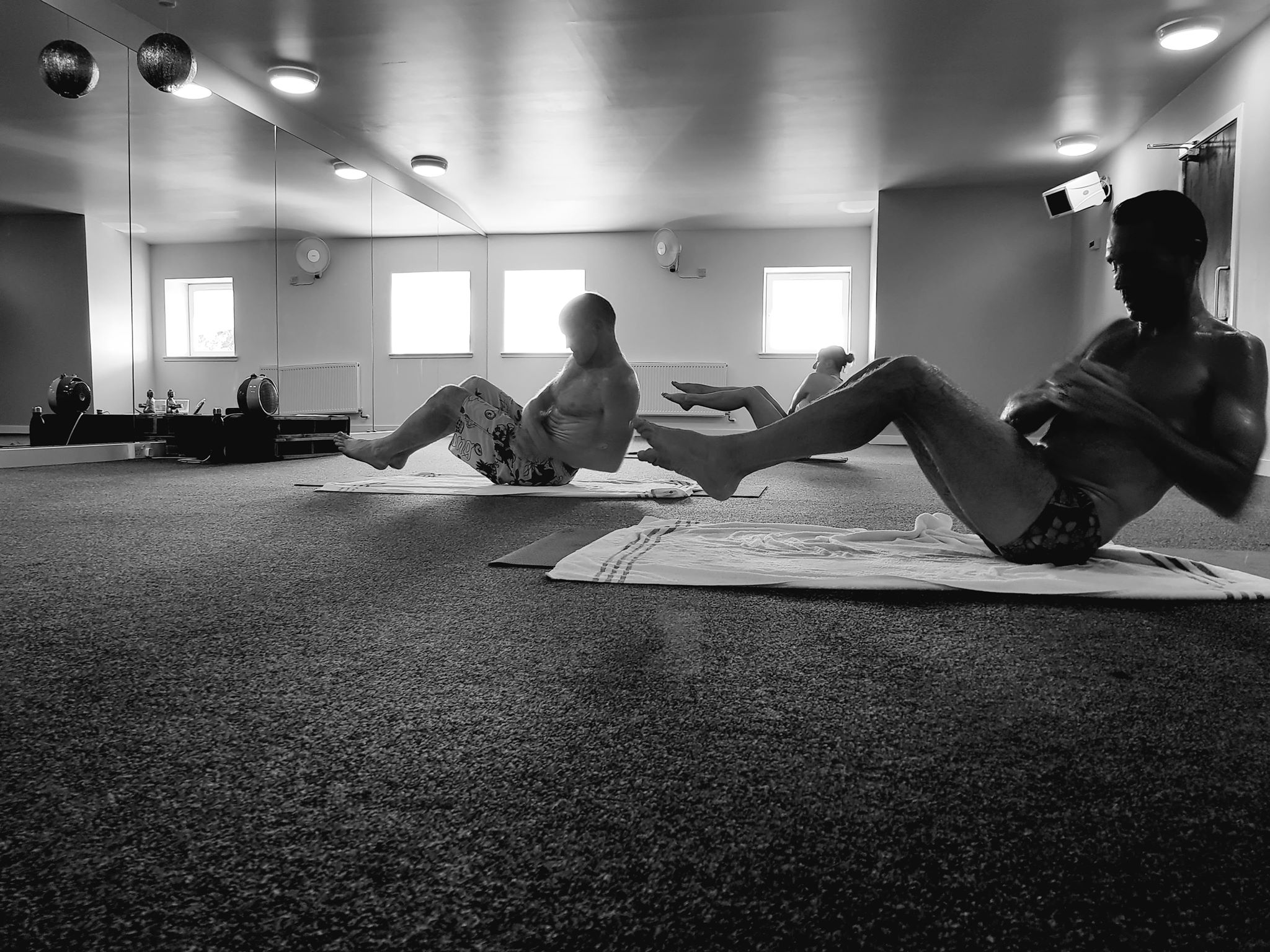 To achieve a six pack, I first spoke to Jack, as he already had one and he said, ‘Do you really want a six pack?’ and I was like, ‘Yes, I do’ and he said:, ‘Well you have to do the work and it can take up to 6 months’ – I was like, ‘I’m committed, I’m in’. He then reminded me that he managed to get a six pack without actually ‘trying’ because it was a side-effect of all his training in his youth, from boxing, rugby, to football to judo etc. It was a natural side effect from years of exercising at low and high intensities, so he never actually thought, ‘right let’s get a six pack.’ I suppose in a way, that’s the best form of six pack, it arrives whilst you’re doing something else – the abs become defined naturally, from working hard, breathing, lifting, supporting, bracing, stabilising and more! 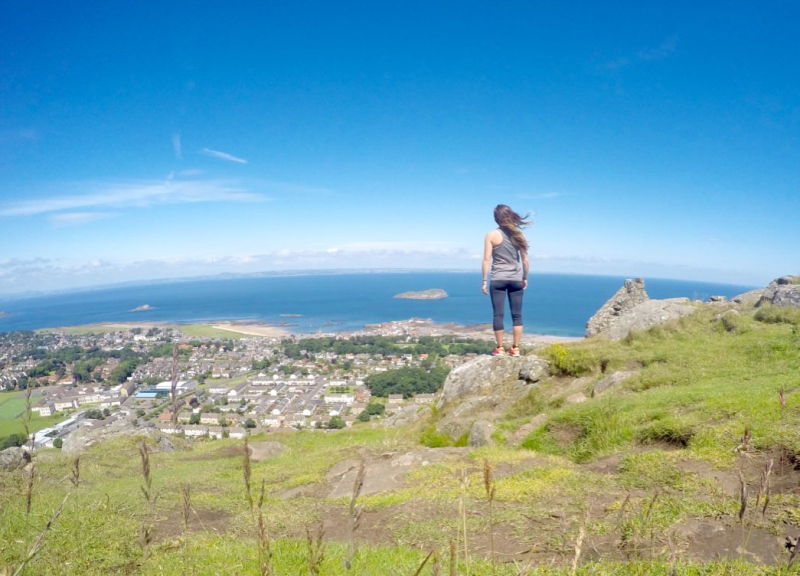 Jack reminded me that serious commitment was required, so how much did I really want them, because the reality is: if the goal or achievement does not excite you enough, you won’t do it. I felt committed, and I knew I could stick with something as I had planned and executed many sporting goals, so I assumed all it would take is a goal, a plan, a time-frame and it would happen…..Wrong. 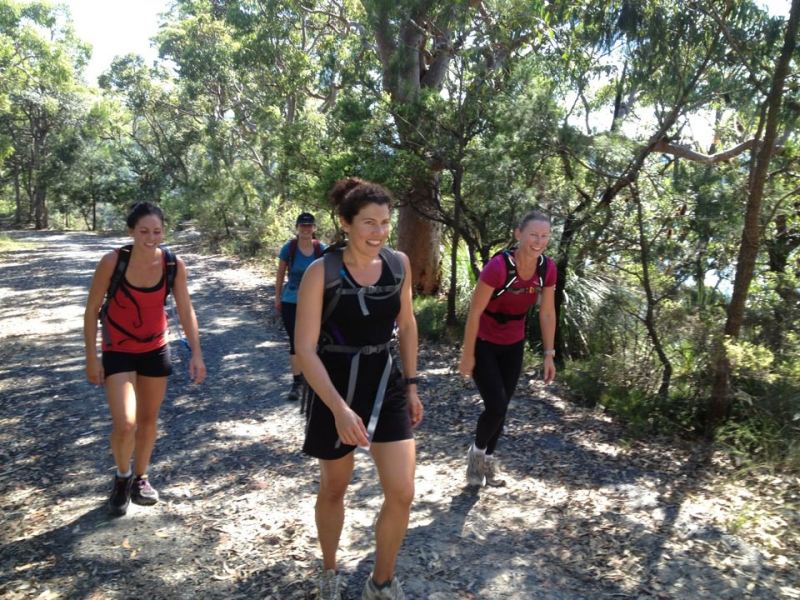 I think I fell off the wagon after 40 days…motivation walked out the door and I forgot all about the goal I was so enthused about just over a month ago. What happened? Well ‘nothing happened’ was the problem! I started my plan and stuck to it, but the problem was, my diet was great during the week and pretty rubbish at the weekend. I would put on at least 2 kilos each weekend from booze and food and then lose it during the week, so my abdominal wall might have been getting stronger and more defined, but I could not see it! I could feel the difference though, every-time I engaged my core, but that allusive six pack was nowhere to be seen.

When you can’t see the evidence of your hard-work, it’s hard to stay on track and also, deep down I did not want it enough, otherwise I would have stuck to it and cleaned up my diet as well. Even though vanity was driving this goal, it was not strong enough for me to see it through – I did not care enough for the sacrifices involved.

What are the sacrifices? Well unless you are extremely active and lean, getting a six pack takes time, commitment and your diet has got to be really good – a few wines, beers, fried foods, salty food, sugary or fatty food, over a 2 day period and your abs will be covered by a layer of fat and nowhere to be seen. You need to be doing a mix of cardio and strength training at least 6 days out of 7 and it should be structured so that your abs are firing on all cylinders, all of the time – 60 mins on a treadmill won’t do it. Most people won’t put the work in, and dabble at fitness and diets, so the abs reflect that and that was certainly the case for me too. The plan involves targeted training, a general level of fitness, a regulation of body composition (on the low side!) and the luck of your genetics. 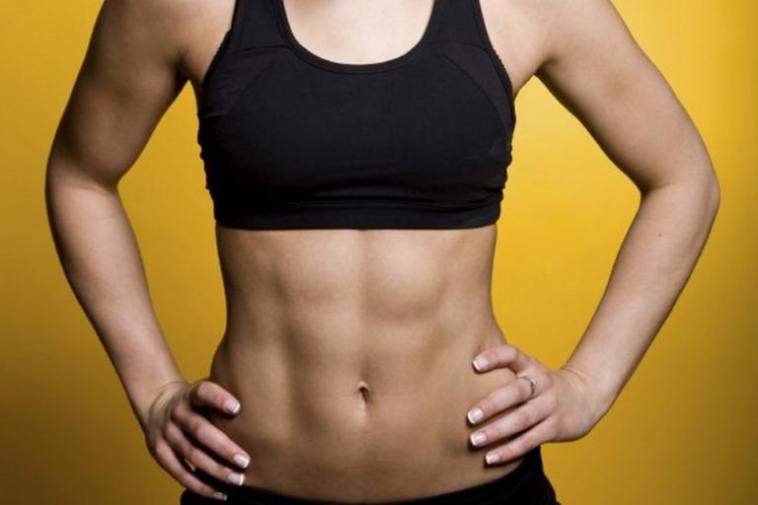 The other issue is that genetically not everyone can get a perfect six pack, some folk have an 8 pack or a V shape and even if three of us did the same workout for six weeks, we may not all get the same results, mostly due to the fact that we all also respond differently to training. 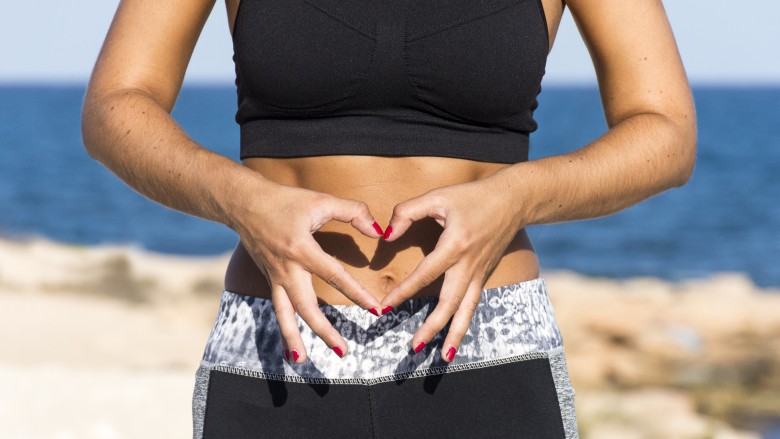 I did not beat myself up about it, and I was not deluded either, I had worked pretty hard for 40 days on my abs, but my diet definitely let me down and my focus and determination wavered. I went back to my old routines, more cardio and less strength training. I continued to do what excited me – getting a six pack did not! 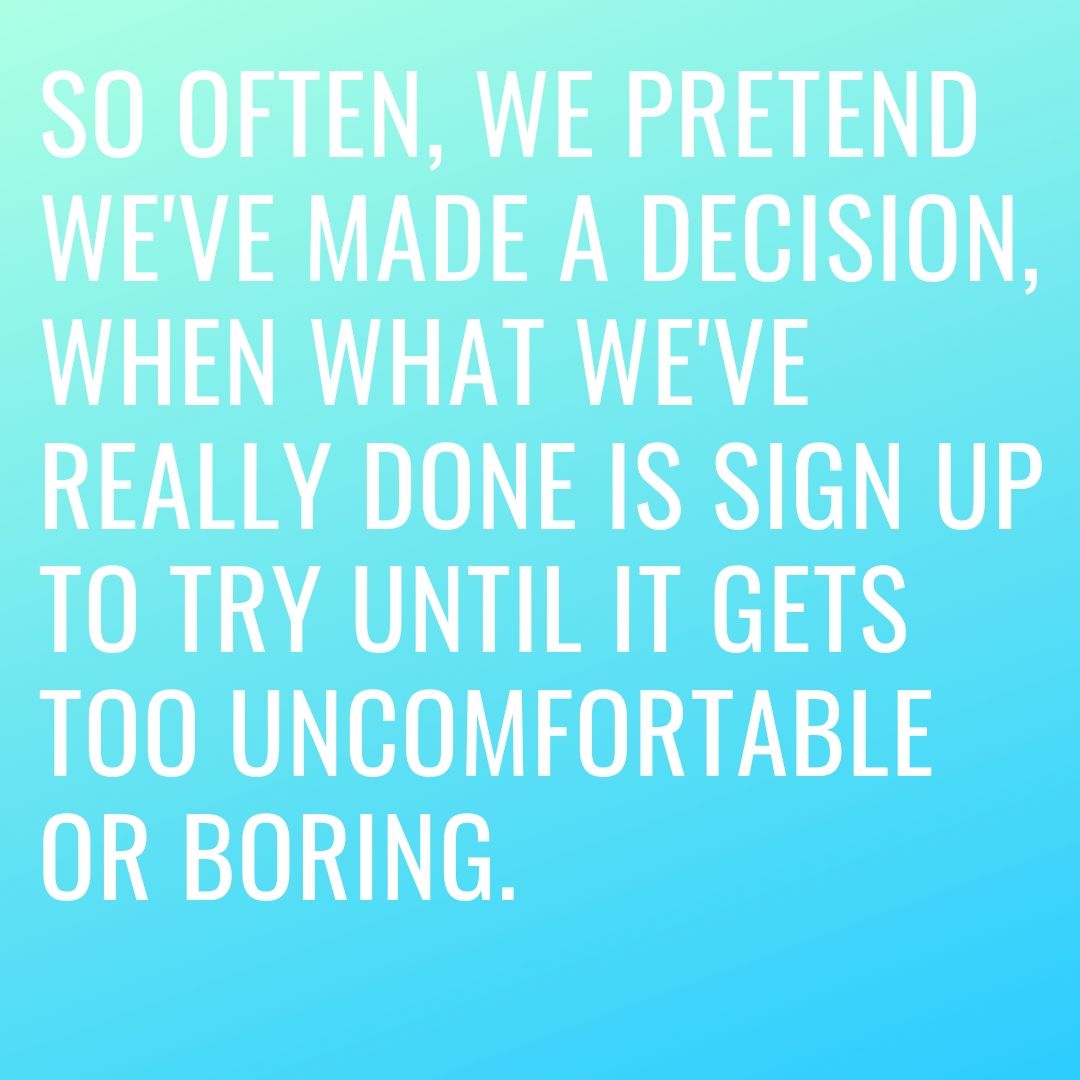 When I addressed this with my clients, I asked them the same questions, ‘what is going on with your life right now?’ and ‘How much are you willing to sacrifice for this goal?’,  or ‘How important is it really?’ The majority of my clients were busy mums with careers and family committments. I tried to make them realise that what they were achieving by just turning up 1 or 3 times a week and moving their bodies was fantastic and I knew how hard this committment was. I did not want to put them off, but I wanted them to know that their diet has to be pretty amazing and strict, their exercise plan consistent over a 3 to 6 month period. Is that how they wanted to live? Maybe this was a goal later down the track when they had more time/energy?

I encouraged them to focus on their fitness and health, look after their bodies, be consistent with their training (whether that was twice a week or four times) and eat well for longevity and general vitality and to sign up to my lifestyle challenge once or twice a year.

Twice a year I run a ‘lifestyle challenge’, 30 days which focuses heavily on food, food trends such as intermittent fasting, sleep, hydration and movement. For a lot of clients who did the challenge, the first thing they said to me after 2 weeks was, ‘I can see my abs!’ Their consistent training and general fitness had created a set of lovely abs and just tweaking their diets during the ‘challenge’ created lower body fat, so they could now see their abs. They were beaming and because I do the challenge every-time with clients, I know exactly how they feel and I had the same experience. 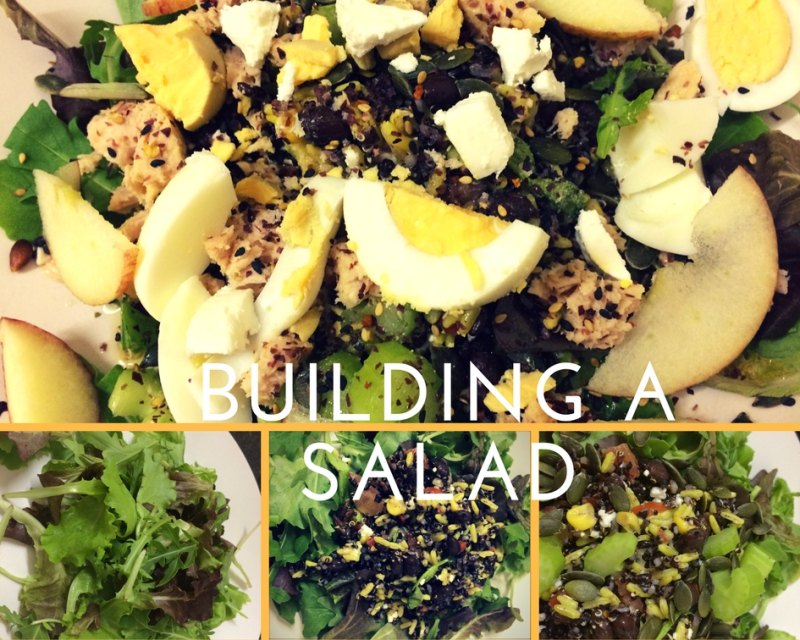 So this Christmas, I doubt I will see much of my abdominal wall because I plan to eat, drink and be merry – but I know it’s there somewhere because I can see the outline every-time I do the ‘lifestyle challenge’ and I’ve done enough stuff over the last 10 years to create and maintain it, plus I can feel my abs helping me when I’m on a bike or walking up a hill or picking up heavy stuff. I will keep my training going over Christmas, maintaining my fitness and then come January, when the ‘lifestyle challenge’ starts again, I hope to get a ‘wee peek’ at what is definitely not a ‘six pack’, but an outline of abs. 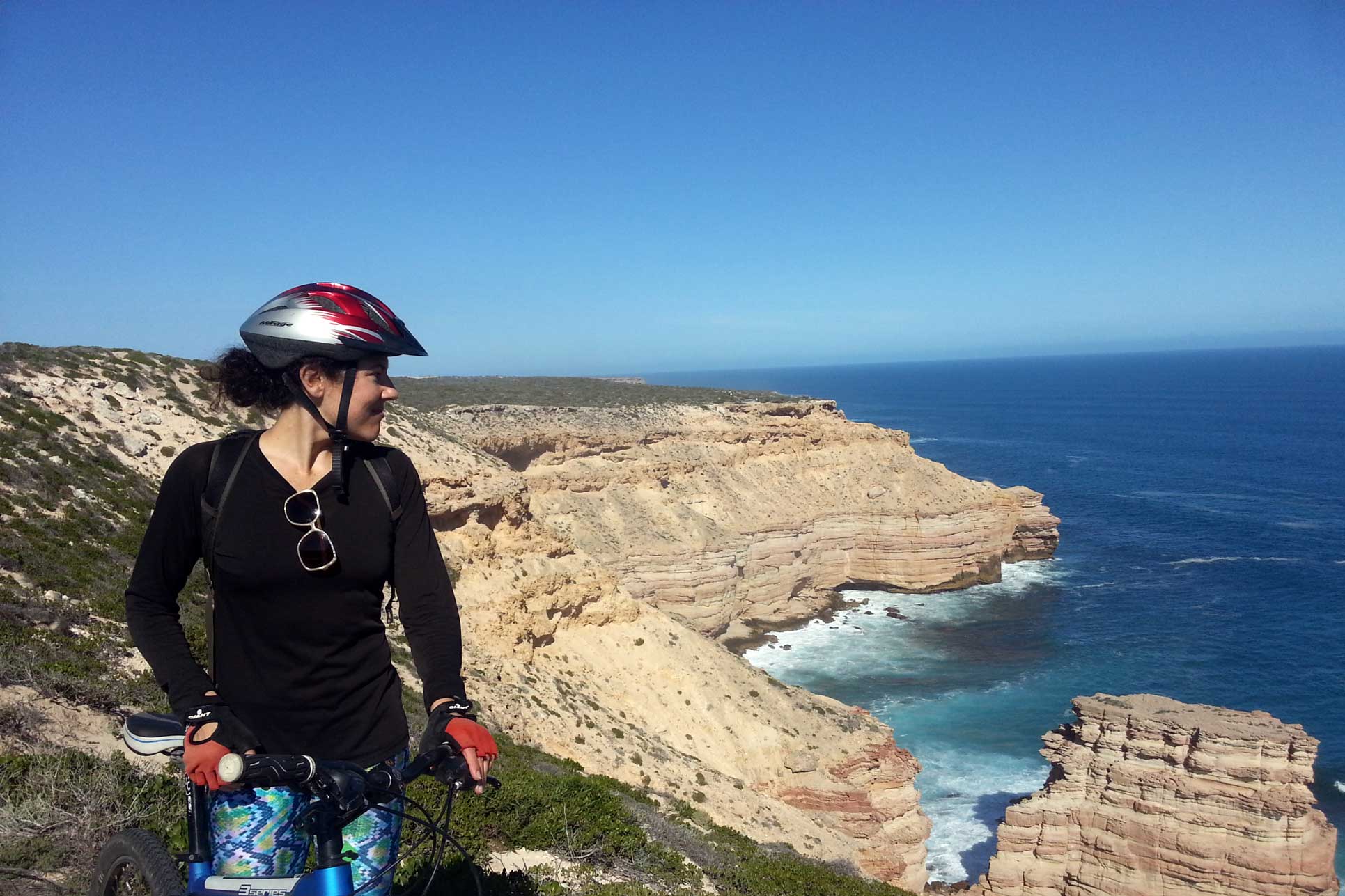 If you are keen on ‘cleaning up your act’ or indeed ‘creating some good habits’ and maybe seeing the results of all your training over the months or years, then sign up for our ‘lifestyle challenge’, which starts on Monday, 13th of January. It’s a 30 day commitment to yourself and involves you overhauling your diet and lifestyle for the better. There is a lot of support and encouragement along the way, with two ‘meet-ups’ and a secret facebook group.

The benefits are better sleep, glowing skin, more energy, less bloating, reduced cravings, improved mood and yes – a leaner tummy! The challenge is exactly that, a challenge: taking you out of your current comfort zone and into a world of mindful eating, drinking and moving; with lots of mini challenges along the way, to introduce you to some new ‘healthy tools’ that you can take forward.

For more info, please just email jules@heatfitness.co.uk or sign up via the website, www.heatfitness.co.uk/workshops. Our first ‘meet-up’ is Thursday, 9th of January at 645pm.